The Port of Friday Harbor > About the Port > Commissioners 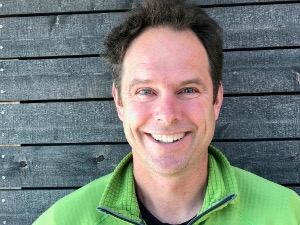 Graham ‘Gib’ Black together with his wife and 3 kids, have been calling San Juan Island home since 2009. However his history with the San Juan Islands dates back much further than that with five generations of his family having been a part of the community, starting with his great grandmother who taught at the Waldron School in 1904. He owns and manages a company focused on building highly sustainable homes in the Seattle area, prior to which he practiced land use and municipal law where he worked with mayors, city councils, and various department heads to help them execute their goals rather than focus on litigation.

This experience showed him the positive influence such entities can have in a community, and exposed him to some of the inherent conflict and resistance that comes with change. A consistent theme throughout this professional life and board work is that he tries mightily to listen to and understand where other people are coming from, and he strives to learn from and serve his community. Gib has been appointed to serve the remainder of Mike Ahrenius’ term as Commissioner of District 1. 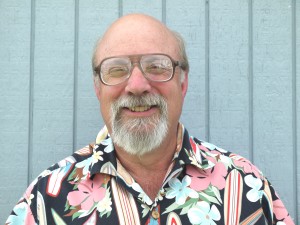 Greg Hertel is our longest-serving port commissioner, elected from District 3 in 1991. During his tenure the Port constructed the San Juan Center of Skagit Valley College, purchased and reconstructed Spring Street Landing, made land available for development of the Animal Shelter and the San Juan Island Fire District campus, as well as many other projects.

Greg Hertel is a retired high school teacher and track coach and a former commercial fisherman. He is a licensed Coast Guard captain. Greg works as an instructor at Skagit Valley College, and teaches naturalist courses at theWhale Museum. Greg lives with his wife Lunnette, several cats, and numerous motorcycles in a house he built in 1987.

Barbara Marrett has been engaged in her community since arriving in 1978. From business owner to author and graphic designer, and ocean sailing instructor, she’s led a life of adventure and accomplishment. Currently Barbara is the Communications and Stewardship Manager for the San Juan Islands Visitors Bureau. She primarily works with media to promote travel to the islands and also crafts stewardship-minded messaging about the islands.

While calling Friday Harbor homeport, Barbara has sailed the world’s oceans as professional relief crew and instructor for Orange Coast College School of Sailing and Seamanship and as a Contributing Editor to Cruising World magazine.  Co-author of the sailing adventure book, Mahina Tiare, Pacific Passages, she also enjoys lecturing on topics related to sailing and Polynesian navigation.

A commissioner from District 2 since 2005, Barbara sees the Port as a catalyst for the responsible evolution of our waterfront and airport. She enjoys working with the public on issues related to island culture, aviation, history and environmental stewardship. A former long-time member of the Marine Resources Committee, she currently serves by appointment of the U.S. Secretary of the Interior on the San Juan Islands National Monument Advisory Committee.